5 Reasons your ideas will fail 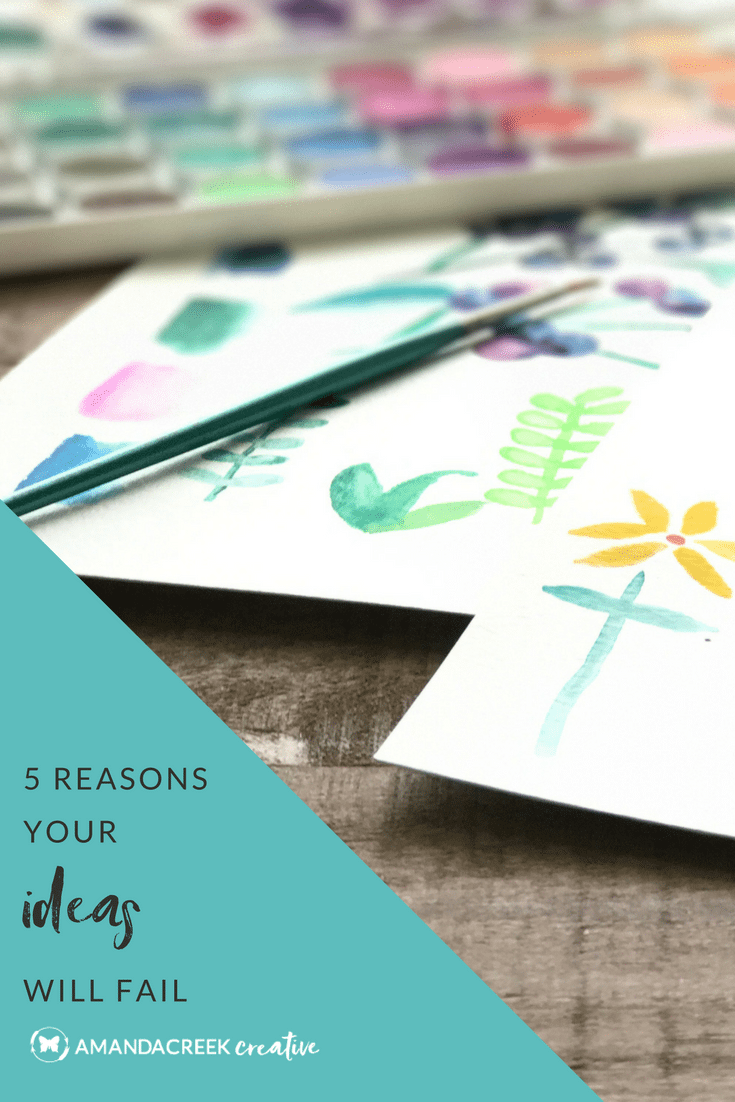 As an entrepreneur, you have a ton of ideas for your creative business.

So much so that your head might spin right off from the constant sparks that come your way. You even have a dozen ideas lined up for new products or courses that you’d like to add to your shop, but you don’t know how to get everything done since you can’t even get the first idea off the ground.

Click to Tweet – “Brainstorming is the easiest part of the creative process. Acting on those ideas is the hardest job of all.”

The truth is, brainstorming is usually the easiest part of the creative process. Acting on those ideas and making them come to life is the hardest job of all. A lot of us quit in the middle of a project when things get tough (or when we have a new idea come along that feels all glittery and new).

If you find that you consistently put ideas on the back burner or that they never pan out because you’re always getting stuck, then you might be dealing with one of the following reasons that will cause your ideas to fail:

Reason #1 – You haven’t researched if someone’s already doing something similar.

When an idea sparks in your mind, one of the first steps you should take after writing out your thoughts (in a safe place) is to research if someone has already done something similar. I’m not talking about the fact that they are creating watercolor paintings or that they are a hand-letterer. I’m talking about your competition already creating something eerily similar to what you want to create.

It’s true that “everything under the sun’s already been done.” So don’t get caught in the trap of constantly changing ideas because “someone’s already done that.”

But if you find that your exact idea exists in the world, you can move forward; you just need to do a little bit of tweaking. It might mean that you need to spend a bit more time with the idea to see how to give it your unique spin.

Think back to your Brand Personality and figure out how you can give your idea a you-ness that sets your product/service apart from the rest of those creating on the internet. The you-ness will grab people’s attention, anyway. So if you’ve started a project and then the winds got knocked right out of your sails because you noticed someone doing something similar, just think about what makes you unique and how you can bring that to the table.

Reason #2 – You don’t give your idea enough time.

Sometimes, you have an idea, and then you prematurely shoot it down.

You tell yourself that the idea isn’t good enough or that no one will like it, but the truth is that you just need to give your idea plenty of time to get feedback.

Click to Tweet – “Reason #2 your idea will fail= you don’t give it enough time. You shoot it down because your inner critic is a bully.”

How will you know if the idea is right or if people like it if it doesn’t see the light of day? Don’t let your inner critic bully you into thinking your idea isn’t good enough if no one has even seen it. You won’t know how people respond until you’ve shown and asked them. 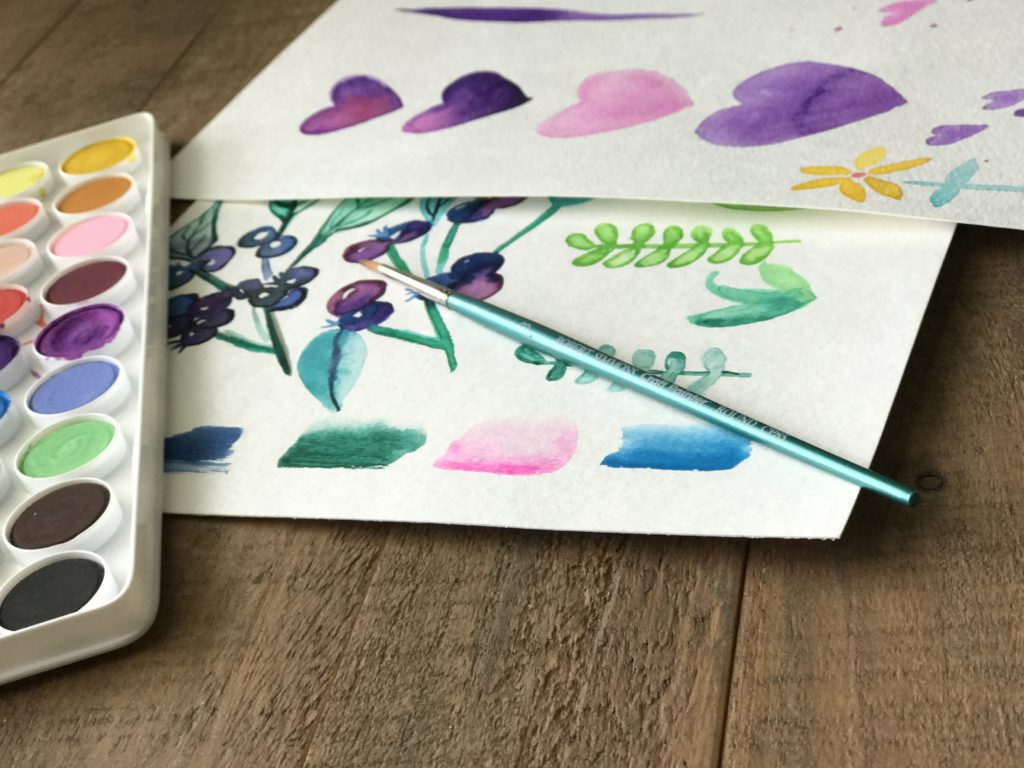 I’ll take my idea and ask my clients if the idea will help them with what they’re struggling to accomplish. If they let me know that it would be helpful, then I take time to develop what I like to call version 1.0 or the rough draft of the freebie or product.

Even if I put the product out there as a “rough draft,” I can always take time to tweak it later after I’ve had a couple of customers look it over.

Get your idea out there. Don’t squash the idea the moment it comes into your mind because you *think* it’s nothing stellar.

Reason #3 – You don’t act on it immediately.

Personally, I need to write out all my thoughts before I forget them. My ideas get lost in the deep, dark recesses of my brain when I don’t jot out notes. And later, I have a difficult time remembering what that great idea was. The idea’s lost, and I feel sad.

So, keep a notebook near you to write out your thoughts, even when they seem wild and not likely to happen. You never know. 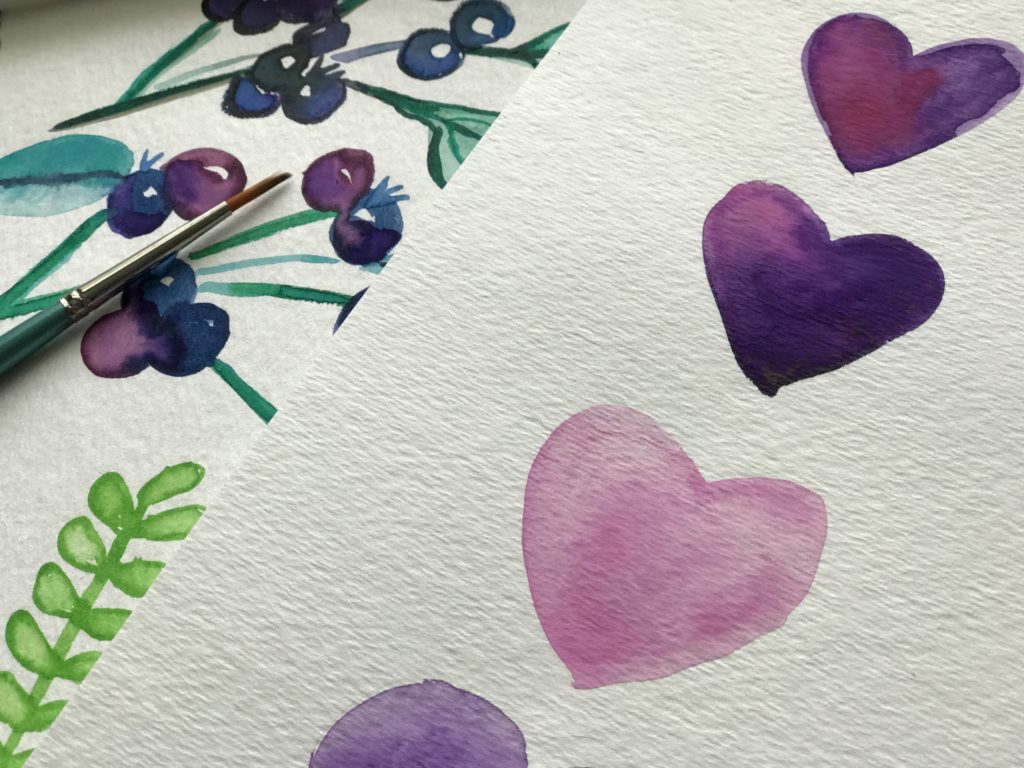 It’s better to write the idea down immediately and sift it out after you’ve had a chance to evaluate it. (Which means after you’ve asked your audience if they’re interested in the idea or if it helps them.)

Allow yourself to spring into action and ask questions later.

You’re struggling to find out where to even start. You have this grand idea, and you know it will become something amazing, but you feel overwhelmed by everything that you need to do.

Friend, don’t forget that “You can’t build Rome in a day.”

Click to Tweet – “Reason #4 your idea will fail, you don’t know how to make it come to life.”

Start with the result and work your way back by listing out each step you need to take along the way. Break your tasks down into simple tasks, even things that you can complete in 5 to 10 minutes. Then each day you can get through many of these small tasks and work towards your larger goal. 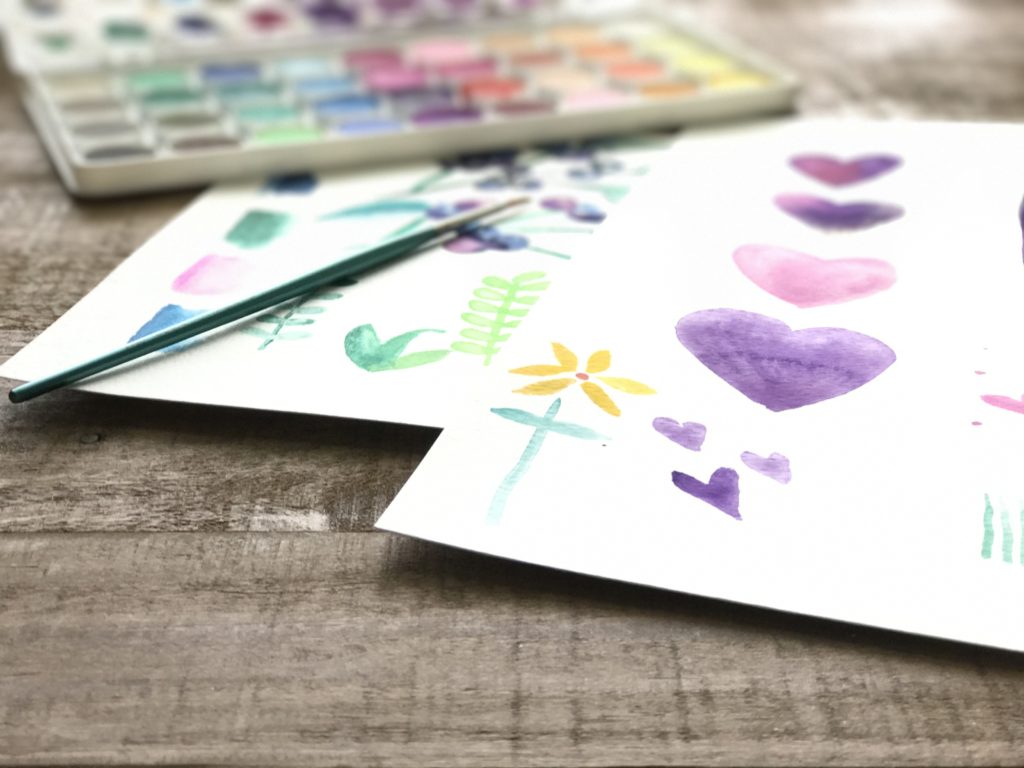 And remember to be kind to yourself. We can only do so much with our time. Don’t beat yourself up if you can’t film ten videos and write a sales page in a day.

Reason #5 – You don’t know which idea to start with first.

When you have many ideas, it can be difficult to know where to start first.

Personally, I start with the one that feels the most exciting and also is the easiest to accomplish. You want to have that momentum built up at the beginning to get you off to a great start. If you’re not excited about the idea, it will be a long haul to complete it.

Click to Tweet – “Reason #5 your idea will fail, you don’t know which idea to start with first.”

And doing the simple thing first will help you to get something finished. When you feel the victory of completion, you’ll want to do it again. Trust me.

So, friend, start with the easiest idea and run with it. Don’t let anything hold you back because the world does need what you have to offer.

Which of the reasons above are you struggling with? Do you have a reason why your ideas failed in the past that isn’t listed above? Share with us in the comments below!

Posted in Blog, Business Tips, Make a Living as an Artist Online 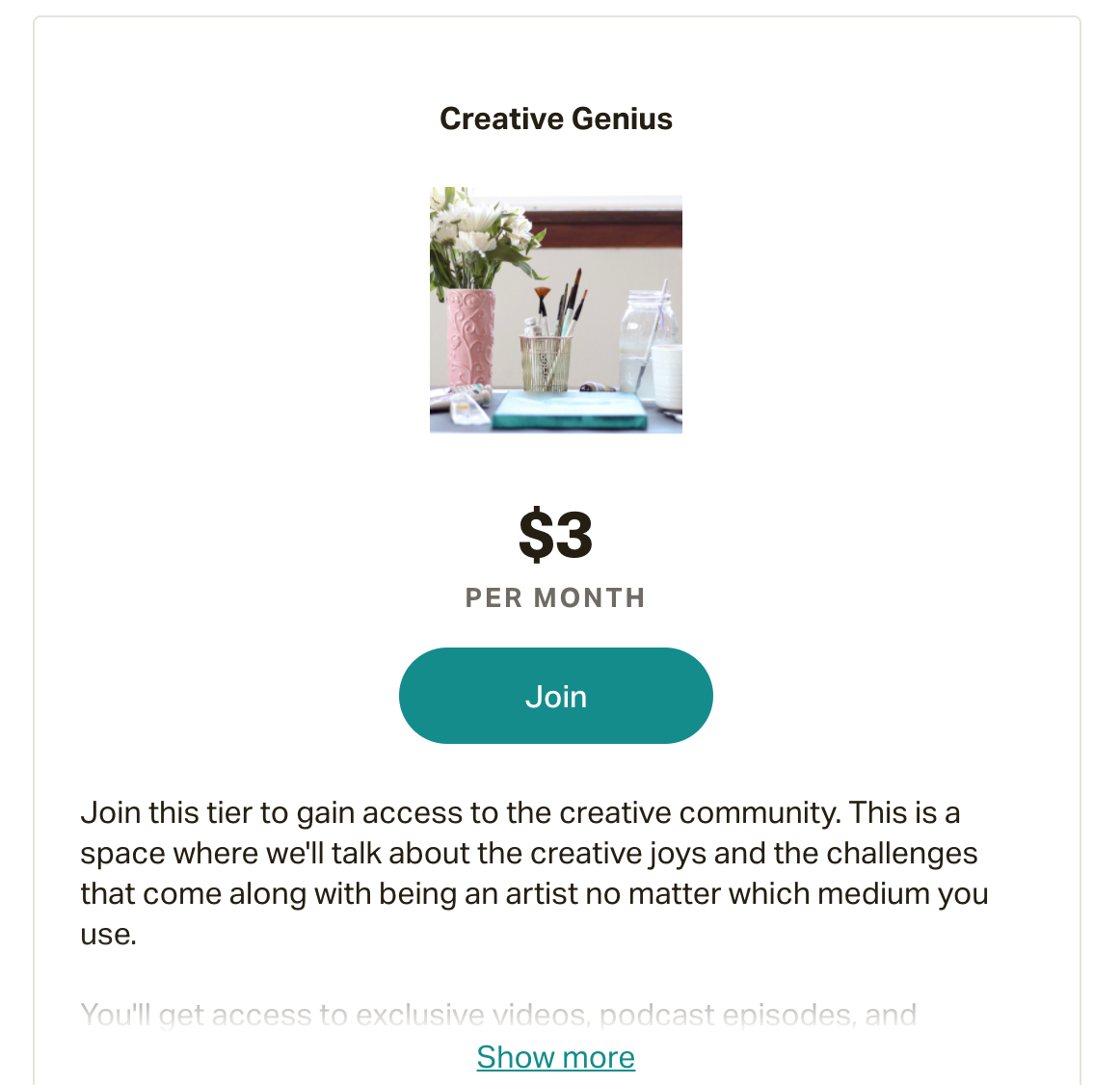 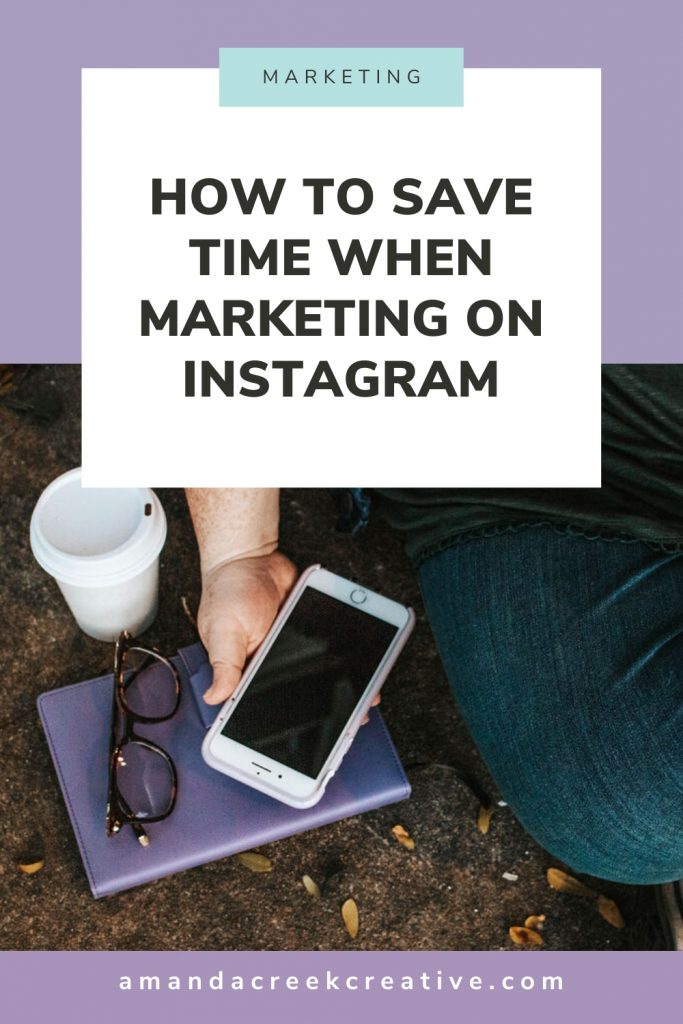 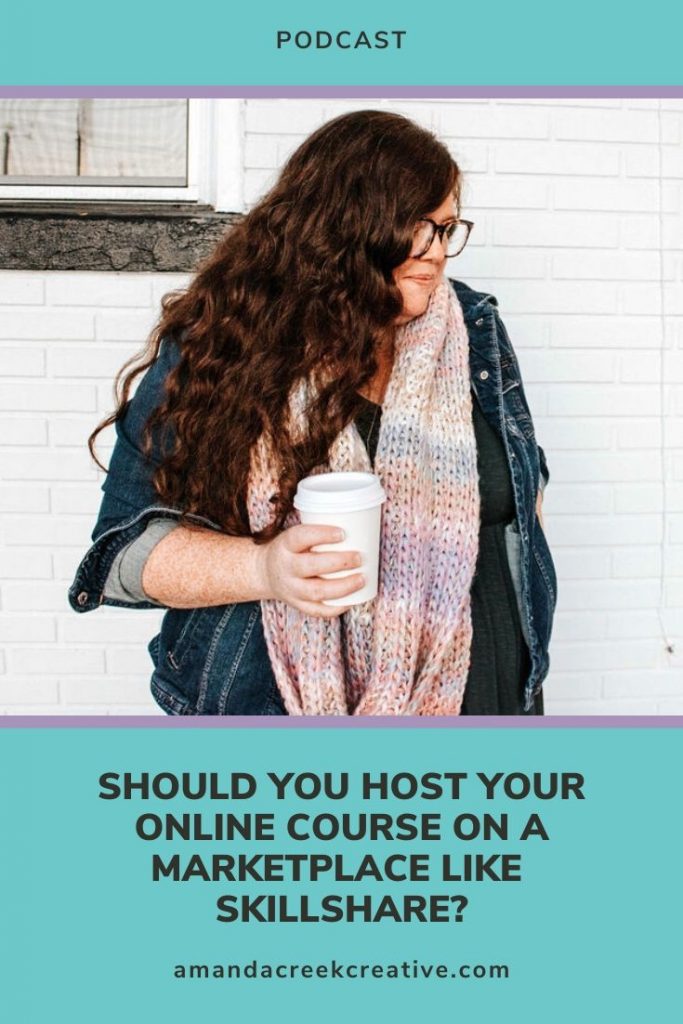 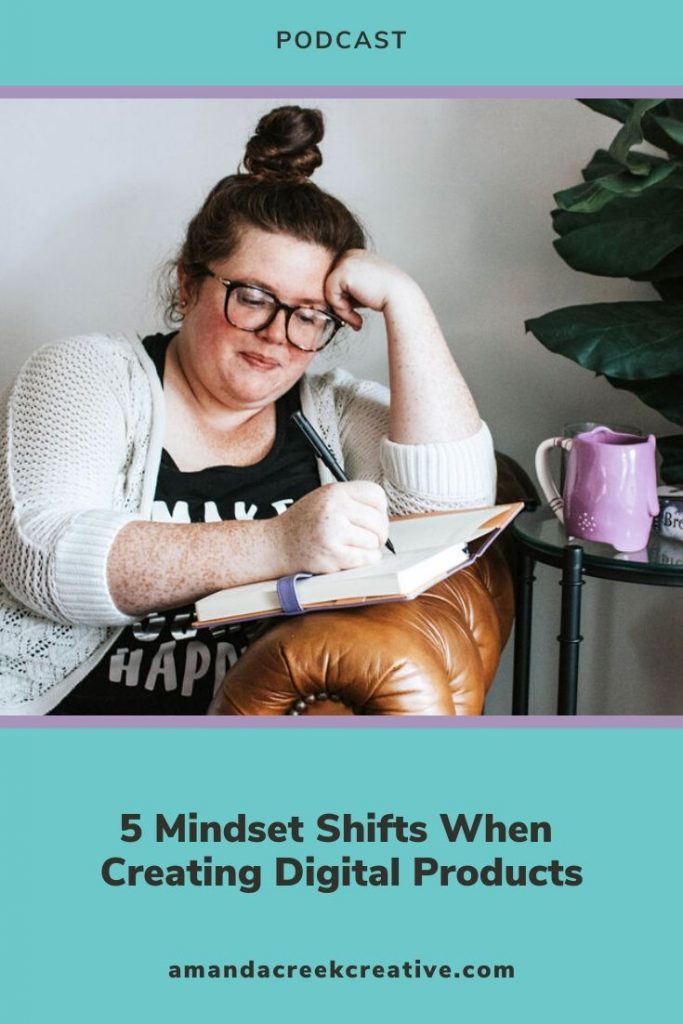